Why are books oblong? 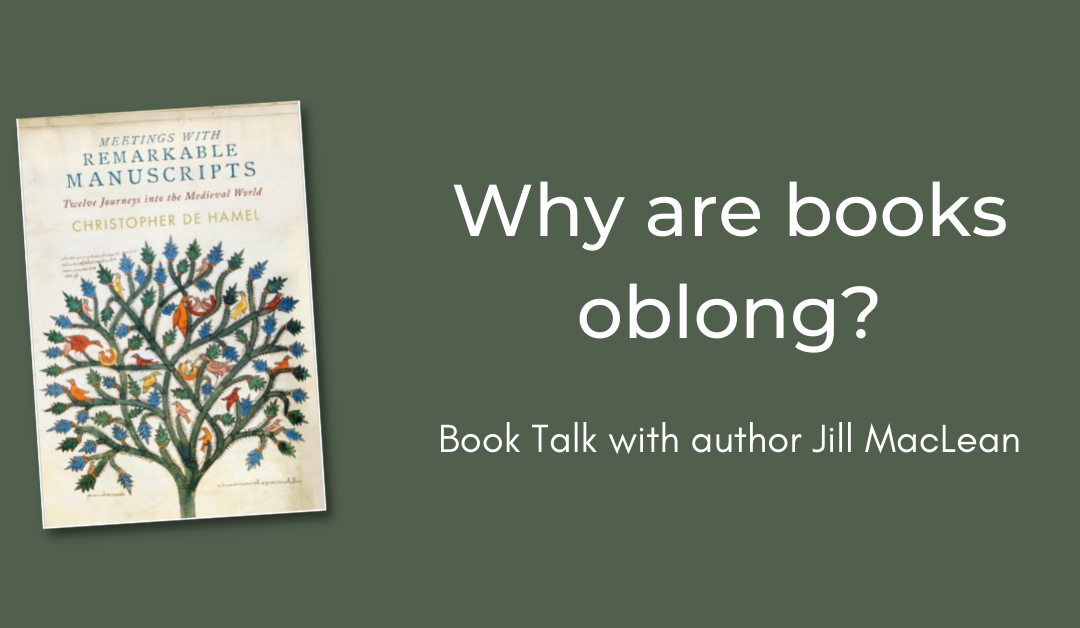 I love books. For what they say and how they say it, of course, and also for their physicality, their heft, their smell (surely others than myself smell a book before they buy it?), for the font and the all-important cover. I’ve even been told that overloaded bookshelves function as insulation, although maybe not quite to the level of R-20.

But I’m not sure I’d ever thought about the shape of books until I started reading Christopher de Hamel’s “Meetings with Remarkable Manuscripts: Twelve Journeys into the Medieval World.”

Chapter Four of this erudite, splendidly illustrated and entertaining book is about the Aratea, a 9th century manuscript in the University of Leiden’s library. Its oral precursors are unknown. The original Greek text, now lost, may have been written by Eudoxus in the 4th century BCE; from it a hundred years later Aratus of Soli probably derived his own text, which was subsequently translated into Latin by Germanicus Caesar, who might have been Mark Anthony’s grandson (the subjunctive abounds when it comes to medieval manuscripts).

Caesar’s Latin copy was in turn the exemplar for a 9th century copy made in the Carolingian court that emerged in Charlemagne’s day. The Aratea depicts gold-leaf constellations set against blue skies in orange-framed paintings, along with brief poems whose lines begin with red capitals. It is a codex, a book, its leaves hinged at their inner edges. Furthermore, it is square.

Roman books were made of Egyptian papyrus: two layers of neatly cut reeds laid on top of one another. The result? A square book.

After the Roman Empire fell, the import of papyrus ended. Instead, animal skins, treated, stretched and scraped, were made into parchment. “Most mammals are oblong,” says de Hamel (mammalian tongue in cheek?). The stretched hides are oblong. Sheets cut from the hide are oblong, and so were the books made from them. When paper came into use, the oblong format was maintained as a matter of custom, and books to this day are upright, not square.