Do you agree that “Getting and spending, we lay waste our powers…”? 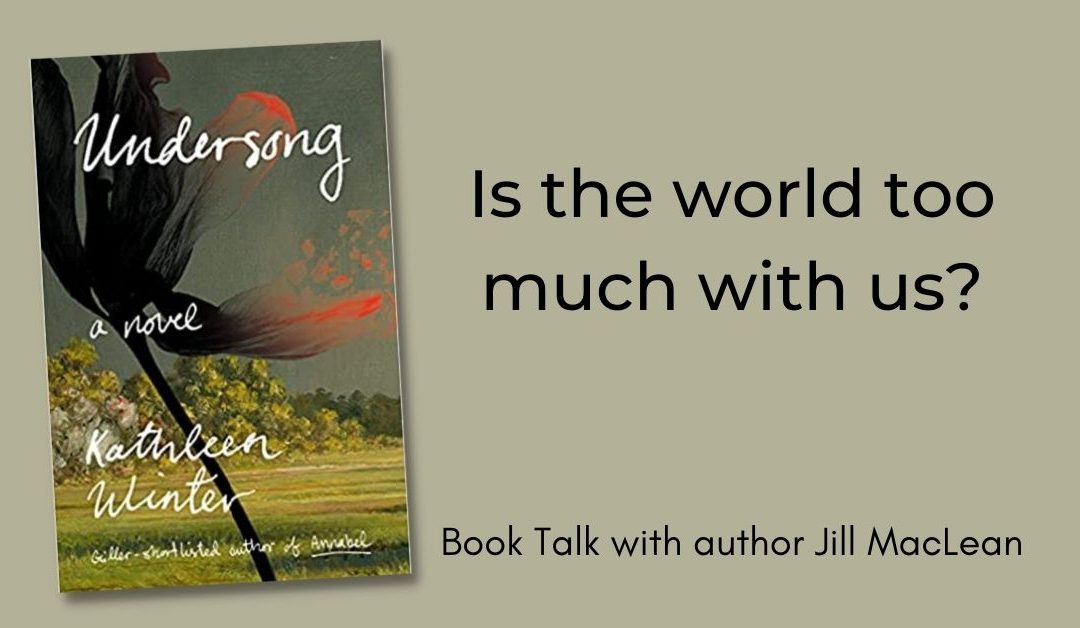 There are many laudatory reviews of Canadian author Kathleen Winter’s Undersong (Alfred A.
Knopf Canada, 2021), a novel rife with famous names, yet unassumingly presented through a
handyman’s eyes. The following link presents an interview with her: https://www.cecescott.com/index.php/author-spotlights/item/128-cece-chats-with-kathleen-winter-author-of-undersong Oh, and I’ve abbreviated this blog compared to the previous two, in an effort to avoid spoilers.

I find myself wondering, having read Undersong, what Dorothy Wordsworth would have made
of me writing a blog about her. Not much, I suspect. Website and Facebook postings for
increased traffic and more publicity? Even, perhaps, for financial gain? Such aims, she would
conclude, are too similar to her brother William’s: I have the world too much with me: I risk
obliterating the undersong of leaves and birds, wind and rippling water.

Dorothy’s world was very much with me as I savoured this wonderfully engaging novel.
Kathleen Winter’s choice of James Dixon, a (fictional) handyman who worked for the
Wordsworth family for nearly forty years, was inspired, as was the way this complicated,
capable, self-doubting man emerged from the page. He is the lowest of the low, well-acquainted
with the oakum cellar of the workhouse. Yet he is also heir to his mam’s second sight and
consequently understands (as William does not) how Dorothy can become one with a rose petal,
a stratum of rock, a blackberry’s multi-mirrored sweetness. To James, she is “a dark slip of night
shot with starlight,” no more able to enter the tame world than he could enter the world of
privilege.

Despite James’s care of Dorothy, he maintains the privacy of his own small hut; and he subdues
rage and scorn that all three Wordsworths remain wilfully ignorant of the suffering caused by
land enclosure, brutal lead mines and cloth mills. Dorothy, in particular, will not allow the harsh
reality of starving beggars to disturb her paradisiacal home; one serpent there is more than
enough.

On the day she dies, in 1855, James tells her story to the bees who shelter in the old sycamore,
whose honeycombs are stolen from them as Dorothy’s words have been stolen from her.
Complex motives and depths enrich the telling, as James leads us through kindness, betrayal,
collusion, penance, deception, pain raw as a “rain of nails.” William does not come off well in
Winter’s novel. Abandoned by his youthful talent, enticed by fame, hedged in by very real
financial insecurity, his behaviour towards his intuitive, sensitive and highly intelligent sister
seems indefensible.

From beginning to end, I was spell-bound by this book, by its pitch-perfect voice, its gorgeous
prose and, yes, its undersong.