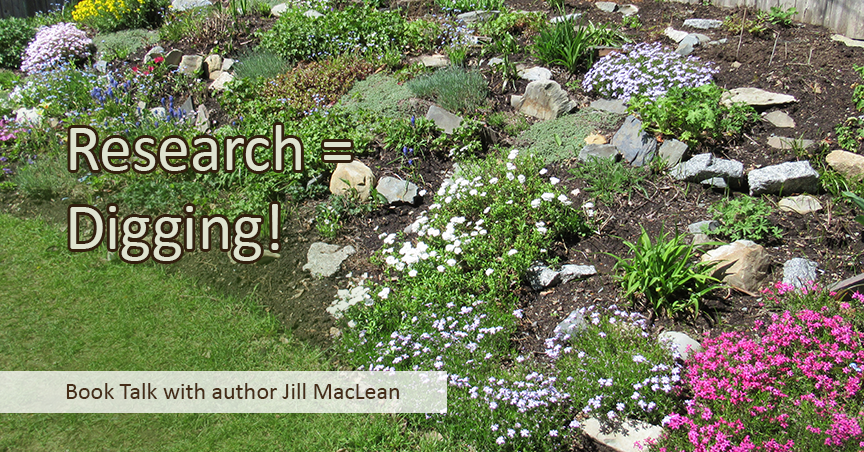 How do you counterbalance too much time spent at the computer?

I vowed I’d never write a blog at the very last minute, and here I am – with three blogs stashed in
Microsoft Word – writing one I want to post tomorrow.

I’ve started researching a sequel for the as-yet unpublished medieval novel. However, I never
talk about a prospective story when it’s in its tender early stages (actually I talk very little about a
novel until it’s out there on the bookshelf). The study floor is covered with scribbled notes and
piles of library books studded with neon-green stickies. Encouraging signs. But am I the hen
who’s gone broody over a sterile egg? Or will characters crack through the shell, shake
themselves off and eventually take flight? Who knows. In the meantime, I’m becoming, dare I
say, rather more adept at navigating the various online channels to that elusive article from 1968
that’s about something absolutely vital that happened six hundred years ago.

It’s late May. For me, the perfect counterbalance to all this head work is gardening. I’ve been an
avid gardener since I was very young and my elder sister and I would grub in the dirt (English
dirt) under the walnut trees at 71 Pinkneys Drive – my sister, who died young of cancer.
Gardening is about loss – I discovered a discouraging amount of winter-kill this spring. Too little
snow-cover, temperatures that soared in February then dipped in March, torrential rains all
winter. My sister grew the most gloriously scented sweet peas in a tidy row by the vegetable
garden and planted an old-fashioned, fragrant honeysuckle by her back door – gardening is about
scent and hence, inevitably, about memory.

Gardening seems to have an inbuilt balance between order and chaos. In the two gardens I tend
on the grounds of my apartment building, I provide space for each perennial along with compost,
water, and the required sun or shade, and thereby endeavour to impose a degree of order and
design. But the lilies of the valley are spreading, the sylvestris anemones have self-seeded under
the hemlock, Canterbury bells are pushing aside Wargrave cranesbill, and bee balm has shot up
expectedly against the fence. Perhaps that’s why I’m not a fan of Hostas – too stolid, too
irredeemably smug. Too little sense of adventure.

Gardens are also about colour, and although my aim for artistry is often thwarted, last year the
purple spikes of Siberian iris were surrounded by pale yellow English buttercups, and this spring
has produced a beguiling combination of deep-blue creeping Veronica, white candytuft and the
ever-dependable pinks and mauves of rock phlox. I decided to ignore that I planted two orange
butterfly weeds beside a patch of magenta cranesbill. But as my hands dig and my arms lug
mulch, my mind is free to contemplate, to go backwards in time to the fourteenth century and
other gardens, where Edmund is spading in his scanty store of dung and Agnes is weeding her
hyssop, lavender and St. John’s wort, in the sunshine of late May….