Books That Demand to be Read 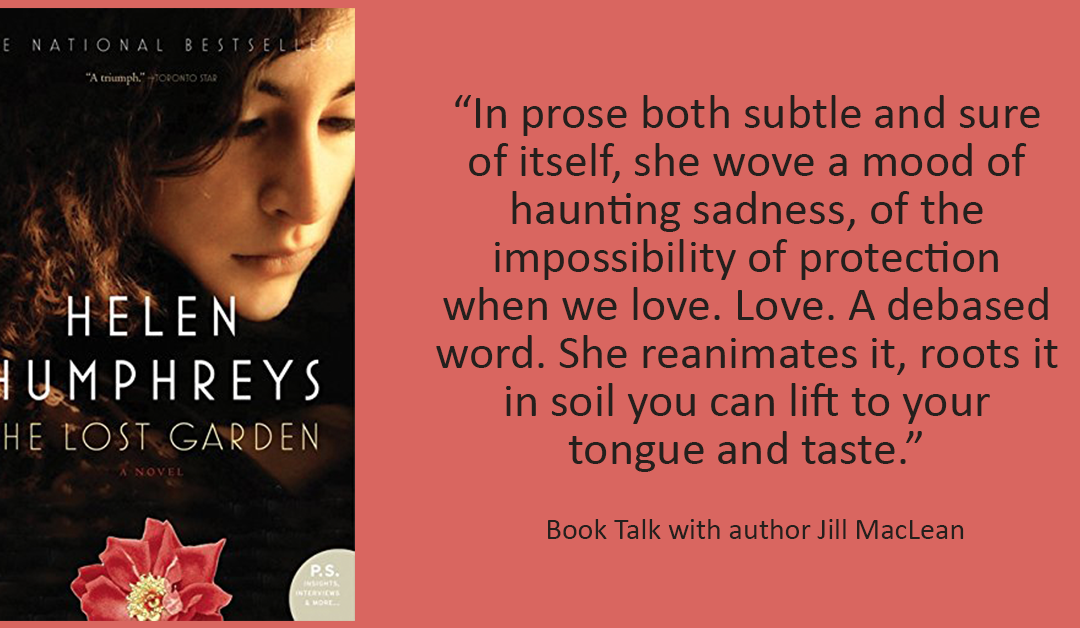 Does a book you’ve owned for a while suddenly leap off the shelf and demand to be read?

Helen Humphrey’s The Lost Garden, published in 2002, was such a book for me last week. I read it over an evening and the next morning. In prose both subtle and sure of itself, she wove a mood of haunting sadness, of the impossibility of protection when we love. Love. A debased word. She reanimates it, roots it in soil you can lift to your tongue and taste.

Gwen, a horticulturalist, has been sent from London in 1941 to oversee the Land Girls on a Devonshire estate. Gwen loved her mother, a beautiful woman perpetually disappointed by her “plain” daughter. Gwen also loved the city of London – an obvious one-way street – and has had to watch the city burn nightly in the Blitz. Her wartime assignment will be faraway and safe, or so she thinks.

Waiting for her at the estate are a group of recalcitrant young women, one of whom rides a black horse through the black of night; a chicken-thief; and soldiers billeted in the mansion who are awaiting orders to go overseas. She holds the heavy tomes of The Genus Rosa to her chest for comfort when she can’t sleep. She grows close to two people, a woman and a man, risking that somehow she will be able to save them. She finds a hidden garden – made by whom and for whom, she can only conjecture – a garden adrift in loss, longing and a tumble of white roses whose leaves smell of apples. She finds a home, for home, she says, “is the place where we’ve felt the most.”

The brevity of the novel in no way impedes its thematic richness. A garden, a “ghost,” a dead novelist and the dread induced by war, and I was spellbound. A strong word, I know. I’ve just re-read Coventry (2008), set on the November night in 1940 of the firebombing of that city, and again I was swept up by the story. My father came from Coventry, and when I was in Akureyri in northern Iceland, I saw a stained glass panel that – so tourists were told in all good faith – was one of the Victorian windows from Coventry Cathedral (the only English cathedral destroyed in Hitler’s air attacks of Britain), brought to Iceland either miraculously or by more devious means. In a 2014 BBC program, however, Dr. Jonathan Foyle almost conclusively proved that the Victorian windows in the cathedral did not survive the bombing (the medieval windows had been removed to safety). A digression, I know.

The Evening Chorus, Helen Humphreys’ novel published in 2015, which partly takes place in a prisoner-of- war camp during 1940, will be new to me. I am intrigued when an author is captured by a theme or a certain period in history, and from varying angles delves into this obsession (another strong word).

It became clear to me after I’d written my five books for young people that I was obsessed by bullying, without consciously intending to be so. But on reflection, I’ve decided I need an element of obsession during the writing of a novel because it’s one of the sources of energy which fuels the work, month after month, which fuels the faith required at times just to keep going.

So…obsession. What are your thoughts?