Indian Horse: A Much-Needed Book For a Time of Truth And Reconciliation 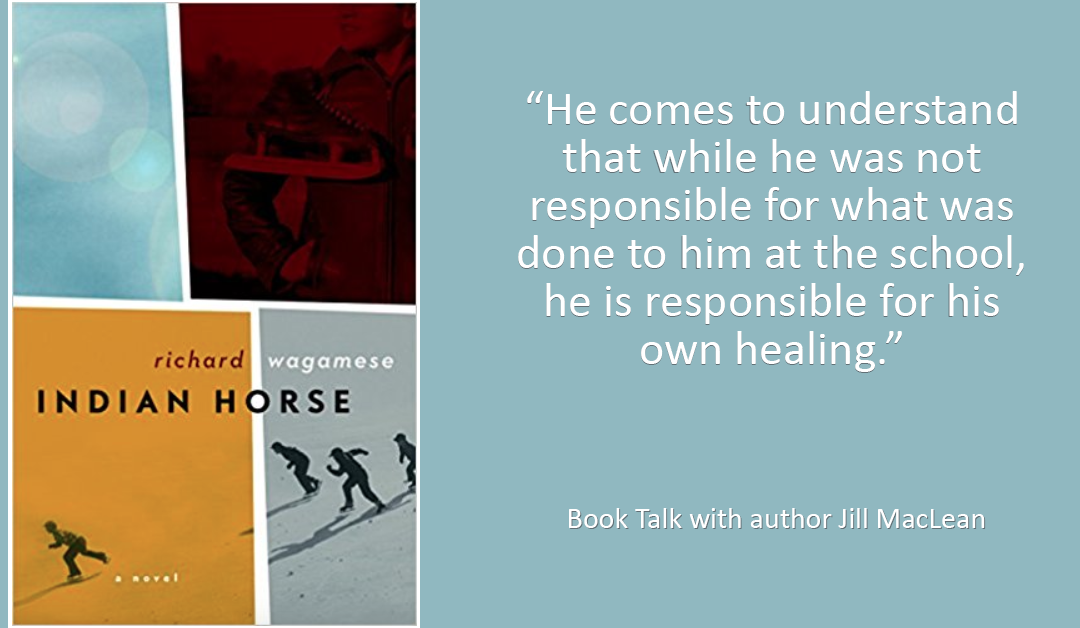 Richard Wagamese was an Ojibway writer from northern Ontario, from the Wabaseemoong First Nation, who died in 2017. I read his novel “Indian Horse” over several days. Not a book to be rushed, because of the beauty of its prose and its harrowing story.

The first few pages are saturated with loss. The Ojibway protagonist, Saul Indian Horse, grows up in fear of the Zhaunagush, the white man. His mother is haunted by the spectre of “the school.” His sister was taken, never to return. His brother dies of TB contracted at the school. At the age of eight, Saul is incarcerated there. His people have lost their legends, his great-grandfather Shabogeesick is dead – “the sending thought” dead with him – and no longer does anyone know the way to the sacred stones.

The light in the midst of this is Saul’s grandmother, Naomi, who instills in her grandson the skills for living off the land, the old songs for the Rice Moon, her spiritual tolerance and wisdom.

Much later, when Saul begins to write down his story at the treatment facility where he’s struggling to overcome alcoholism, St. Jerome’s Residential School is central, its rows of unmarked graves, its perverted, atrocious cruelties inflicted in the name of a loving Father.

St. Jerome’s is a fictional school. But the reality was all too often equally harsh. Were the residential schools, based on government policy and run by churches, 60% of which were Roman Catholic, a logical outcome of a faith rooted at the time in hellfire, sin and fear? Did the fanatics and sadists gravitate to them? Or did the absolute power of those priests and nuns, their vows of celibacy, and the isolation of the schools bring out the worst in them?

Another light appears. A priest who loves hockey, Father Leboutilier, arrives at St. Jerome’s and begins teaching the boys on a makeshift rink outside the school. From the start, Saul “sees” how to play the game, sees into its mystery and is freed into something joyful, bigger than himself.

Wagamese, who apparently never played hockey, writes about the game with passion and insight (I’m not a hockey fan, but I loved this book). At first, hockey is Saul’s saviour. But the game, he soon learns, belongs to the whites, whose unrelenting racism is destructive of any joy. At eighteen, he quits playing and starts drinking, and years pass in an alcoholic daze of anger and grief.

From the treatment centre, Saul begins a journey across northern Ontario that is both backwards and forwards, during which he comes to understand that while he was not responsible for what was done to him at the school, he is responsible for his own healing.

“Indian Horse” is an enormously strong and timely story, economically structured, sparely yet lyrically written – it’s a long time since I’ve been pulled so deeply into another person’s world, and learned so much that I will carry with me. Thank you, Richard Wagamese.